Before We Go Out With The Old... 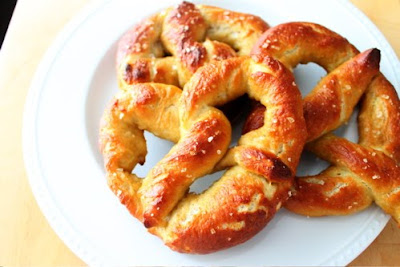 Following up my last post of some of 2011's unfinished business, how about I finally post some unfinished posts from throughout the last year?

Monday through Friday this week, I will share with you a project, piece, or picture that I purported to post up on the blog at some point last year, but never ever got around to actually doing so. 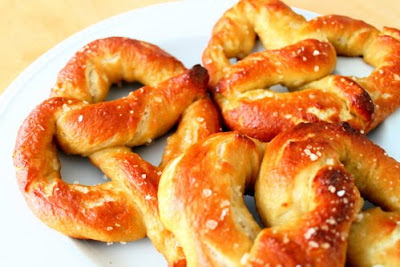 Let's kick things off with some baked-goods-blasts-from-the-past, like these pretzels, here.

I made these goodies from scratch back in September or October for Octoberfest using this recipe, and they happened to be what inspired the unfinished little pretzel girl art from last Friday's post.

I am a sucker for soft pretzels, really I am. And these were pretty good (they disappeared very quickly), although they seemed a bit skimpier than the Bavarian-dream-pretzel-experience I had back in Munich in '01. 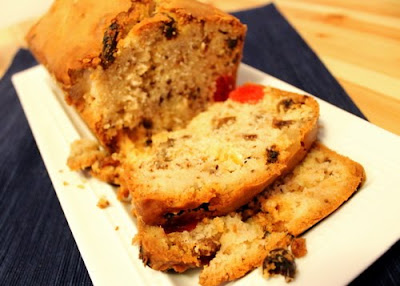 And then there was fruitcake!

I actually never have had fruitcake, I guess because years of hearing jokes about how horrible it was kept me at bay. However, this Christmas I was very eager to see what the fuss was about and to try a recipe of my grandmother's from the family cookbook that I had yet to try.

Guess what? It was pretty damned delicious!

I reckon the key is that it is a lighter recipe that has plenty of fruit, but it isn't so chock full that it's glued together with them. 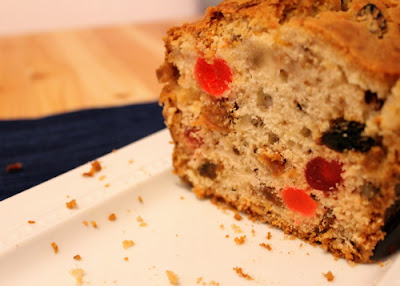 I also was sure to leave out the citron (yuck!) and opted for candied pineapple, orange peel, and cherries along with some golden raisins and walnuts, all soaked in plenty of rum -- yum!

It was yummy, and it will be back for the holidays next year, for sure. Fruitcake -- whodathunkit?

What other unseen goodies from 2011 will next be revealed, hmmmm? Pin It
Posted by alicia policia at Monday, January 16, 2012

Email ThisBlogThis!Share to TwitterShare to FacebookShare to Pinterest
Labels: 2011, baking, blast from the past

I LOVE fruitcake. I have sen bad ones, usually brick shaped at Wal-Mart but for the most part I have had truly yummy fruitcake. I had to go gluten free a year ago and made my own and it was the best ever. My friend and I got together and for several days we went over ingredients and sort of created our own recipe. It was worth the work. Your's looks super yummy!!!!!!!!