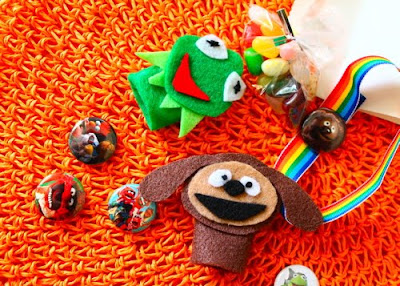 If you decide to throw your own Muppet shindig, you may find, as my co-hostesses and I did, that Muppet wares are super scarce these days.

Sesame Street, yes. They have that. They have PLENTY of that. Especially if you're hankering for some Elmo or Abby Cadabby (I think I'll pass on those two, myself).

Muppets? Like, as in The Muppet Show? Nothing, nada, no where to be found.

If you want Muppet gifties, you're going to have to do it yourself, or shell out the dough for the vintage goods. 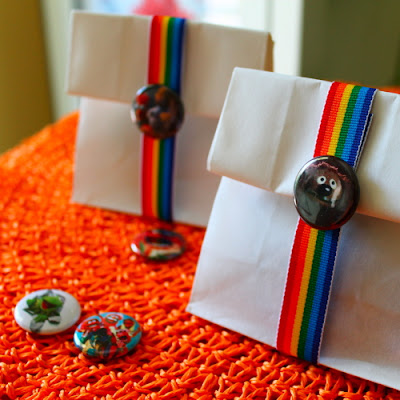 So we rolled up our sleeves and went the do-it yourself route. 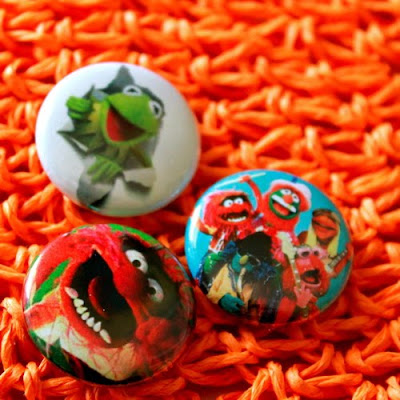 My wonderful co-hostess Wendy volunteered her button making machine, time, and button pressing talents to make up a whole batch of these completely awesome Muppet buttons!

Muppet + button .... does that make them Muttons?

We had a great variety of characters, too! Not just your standard Kermit, Piggy, Fozzie, Gonzo and Animal, but Rowlf, Bunsen, Beaker, The Electric Mayhem...just about everyone. Though I think Lew Zealand was missing...

Also, I now know what I'm asking for from Santa this year (*cough*a-button-machine*cough*). 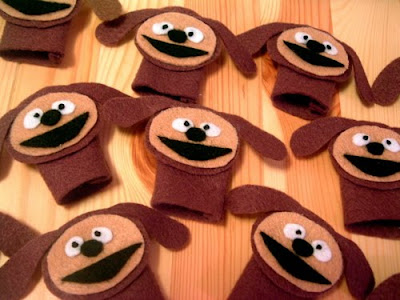 And as I previewed a while back, I put my skills toward the making of Muppet finger puppets. Cute!

Each bag either contained a Rowlf the Dog, or a Kermit the Frog, accompanied by a multi-colored assortment of jelly beans, topped with a rainbow ribbon and a Muppet pin. 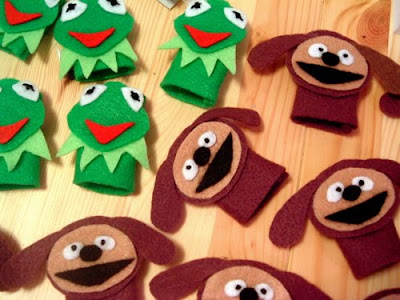 I chose Kermit and Rowlf mainly because their graphically-easy-to-reproduce-faces most lent themselves to cutting, sewing, and gluing tiny pieces of felt.

Well, that, and I do have a soft spot for Rowlf. He always struck me as the Muppet whom I'd most like to befriend.

I'd be lying if I said that watching the above clip of Rowlf singing Cottleston Pie doesn't make me miss Jim Henson something awful. 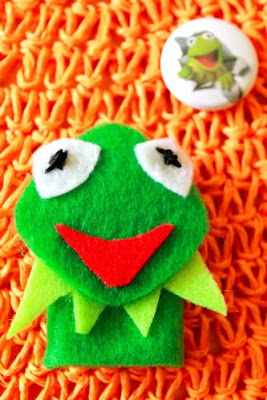 In my classic Alicia fashion, I just eyeballed the pieces of felt and slapped them together, and they looked right, so that was it.

I know, I know. Not very helpful to the rest of the world. At. All.

Honest to goodness, I DID cut all the pieces for an extra Kermit and an extra Rowlf, with the intention of writing up a step by step tutorial for each one -- complete with templates and all. 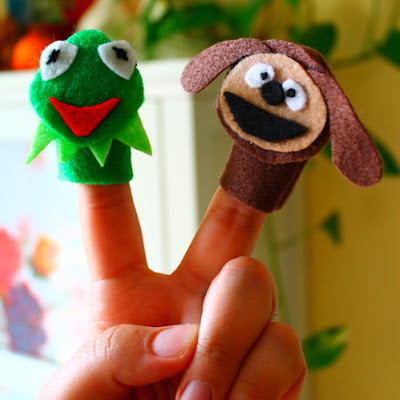 However, I unwittingly sewed them up and gave them all away before I realized it, so there are no longer any pattern pieces from which to build a tutorial... unless I start all over again.

Which I might have done, had I not run out of brown and green felt. And time. And energy... 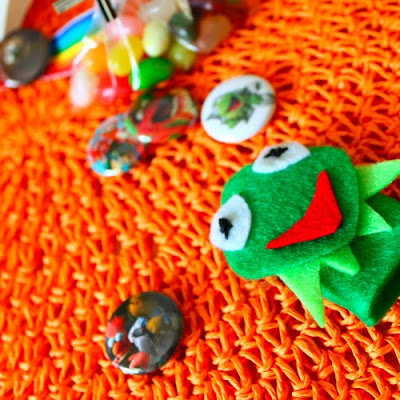 By the way, I rediscovered this super cute n' fluffy Rowlf finger puppet that I had favorited over on Flickr a few years ago whilst looking for some Rowlf face references.

I reckon the idea of a Rowlf finger puppet was buried in my subconscious from way back then, and I totally did not realize it until this came up during my search! 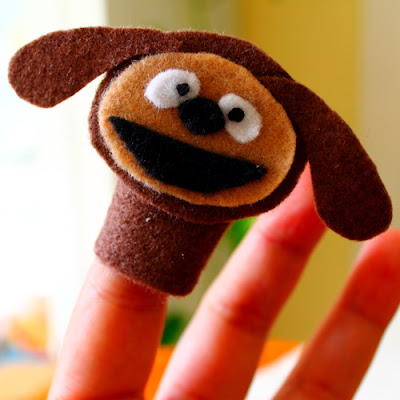 Perhaps I will write up a finger puppet tutorial for some other occasion.

As for now, I have another Muppet entry to make for tomorrow! I better get to it! Pin It
Posted by alicia policia at Thursday, September 15, 2011

So cute! I'd make them for Beadboy1's birthday party (he adores the Muppets), but well, I don't think I have the crafting fortitude to make so many.

Great post and I'm very impressed! I wish I could make so many.

I linked here from Blue Genie Art Bazaar...will you have these finger puppets there?? Please, oh please :)

I love them ! I want to buy them. Great Job, really cute ! Steph
www.bargainfun.net