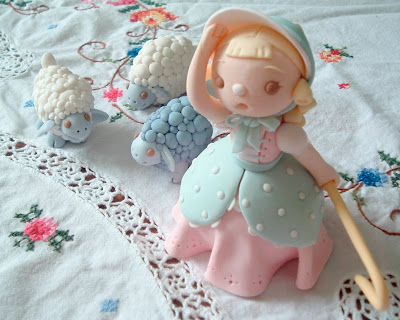 Little Bo Peep has lost her sheep... and can't look over her right shoulder to find them...because she's frozen in gum paste?
Ok, never mind my version. Stick with the classic. 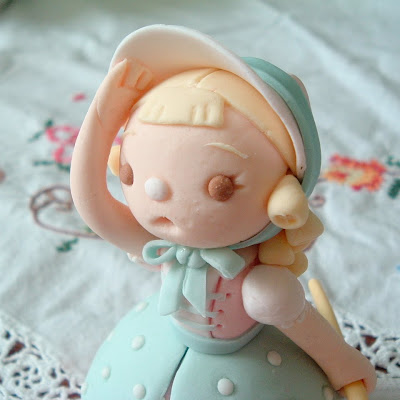 Ok so the gum paste (gumpaste? I prefer it as two words, so whatevs) rainbow was not the makings of Rainbow Brite, but rather the makings for the nursery rhyme themed figures for my sister-in-laws baby shower cake.
Yay! Still cute, but not as corporate as Rainbow Brite. I made Bo Peep, three sheep, Miss Muffet, Humpty Dumpty, and a pack o' posies. Unfortunately, I forgot to make Miss Muffet's spider friend, so that's up to my mama to make when she bakes the cake (she's on the baking and making the cake end of things this time), because these puppies have done been shipped. Oops! 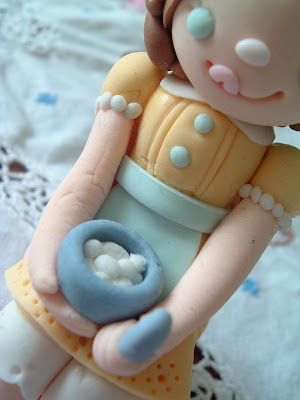 I figured I'd return a favor to my brother, who, if you remember, so wonderfully made our groom's cake decoration, and my mother, who tirelessly made the gorgeous flowers for our wedding cake. After all, a new little niecey is a good reason to celebrate with a fancy cake and cuteness decorations. 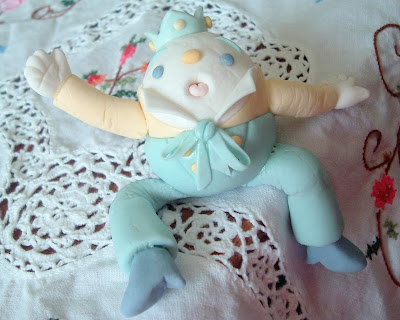 This was my first time making figures bigger than the Brain Slugs using gum paste. I admit, it is no easy feat, and I definitely got better and better with each figure. You can tell which figures I did earlier, as they tend to have more dry and crackiness about them. Blah. 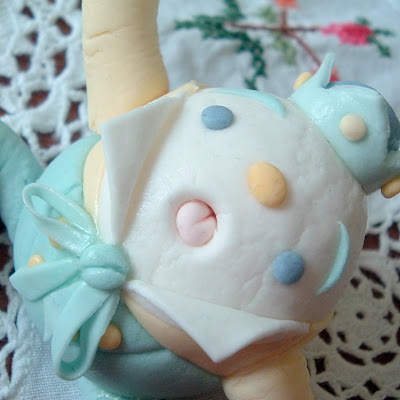 So yeah, the cracks and lumpiness in places. That really irks my perfectionist side. But professional cake lady I am not, so it's okay, right? They're still super cute! And it kinda goes with the Humpty Dumpty thing...
However, the supreme advantage of gum paste over fondant is that it hardens. Like, really hardens... rock hard. So my new little niecey will be able to have keepsake figures of nursery rhymes from her baby shower cake, if she likes. It doesn't have to be thrown away! Whoo-hoo! 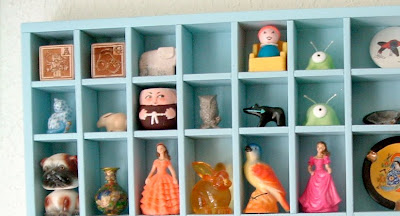 See? Even a couple of the Brain Slugs from January have found a new home amongst my little knick-knack figurines n' things shelf. And if she's anything like her auntie, she'll end up taking the fragile figures off the shelf to play with them, and I'm all for that. Hooray for gum paste!
The other thing this project made me want to do was get cracking on some nursery rhyme illustrations. I'd finish my sketches for each figure and look at them with admiration and squeal 'How cute!' 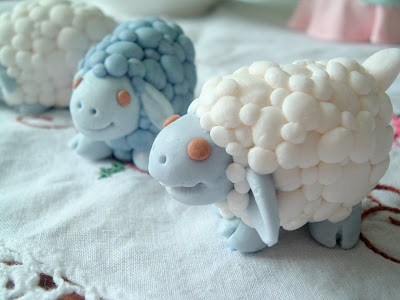 And though the figures were based on sketches, they vary enough (hello, foreign medium!) that I don't think I'll get too bored of doing them over again, 2D style.
That and because they're so darned cute, how could I get sick of them? 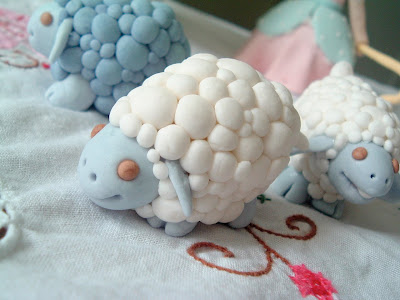 Have I mentioned that they're cute?
Pin It
Posted by alicia policia at Wednesday, September 01, 2010

Wow, Alicia!! You have outdone yourself with these! Too adorable.

So cuuuuuutteeeee! I love the expression on Bo Peep's face :)